Nigerian uber-talented rapper, actor and activist, Falz The Bahd Guy is 30 today, the 27th of October 2020, and for a personality who has been a major voice in the ongoing #ENDSARS movement which is more of a revolution for a better Nigeria than a protest to reform just the Nigerian police force, we are … END_OF_DOCUMENT_TOKEN_TO_BE_REPLACED

Nigerian uber-talented rapper, actor and activist, Falz The Bahd Guy is 30 today, the 27th of October 2020, and for a personality who has been a major voice in the ongoing #ENDSARS movement which is more of a revolution for a better Nigeria than a protest to reform just the Nigerian police force, we are not just wishing him the happiest birthday but also ensuring he gets his wish which is directed at people streaming his most recent album, “Moral Instruction”, a project that best describes the present state of Nigeria and a proposed way forward.

After a brief silence from all that has been going on, Falz gave a statement yesterday, the 26th of October, stating clearly that no one will make him feel the way he had felt and as we support that decision, we bring to you five songs from his very didactic album, Moral Instruction 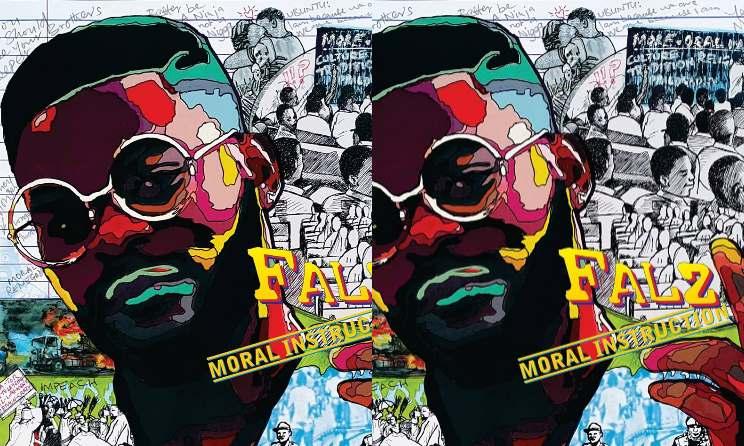 Starting with this, which is also the first track on the album because it is the exact reason we fight for a better Nigeria. How this did not make it to all the protest grounds is a conversation for another day but to understand the reason Nigerians started the #ENDSARS protest is to listen and understand this chilling song ‘Johnny” that tells the story experienced by almost all Nigerians either directly or indirectly. So many Johnnys dropping for no cause other than an angry policeman who did not get the few coins that might not push him through the day. A life exchange for nothing worthwhile. The perfect Nigerian story Falz tells in Johnny.

Some blame it on religion

Some blame it on Malu

Cause a foolish man overdo

As Nigerian youths fight for a better Nigeria, this satiric song should be the anthem because the practice of the reality in ‘Brother’s Keeper’ is why the country is the way it with people being inconsiderate of the next person, breaking laws like none exists and confidently being selfish like that’s how it should be. This song tackles different aspects of the Nigeria life, from the social, economic and political problems that plague Nigeria. And while the Chorus shows who we are, the song, as raw as it sounds, is charging us to be the exact opposite, to be our ‘Brother’s Keeper’ as that is the only way we can get the Nigeria we want. A great example was the success of the #ENDSARS protest and that happened because we were just that, “Our Brother’s Keeper.”

This track shows the selfishness of both institutions and leaders in Nigeria, especially religious institution and how it is set up to milk its believers of their hard earnings, leaving them poor and believing in the riches of the afterlife they’re not sure of. This song is more focused on how religion is Nigeria has become more of a business and a hypocritical institution and the Non-Nigerian accent, in the end, explains the song better by saying;

The seventh track on this classic album featuring Chillz, is also perfect for the new phase Nigeria is evolving towards as it is encouraging the youths to watch their appetite for money (paper) so as not to do anything to get it. Falz paints pictures of different scenes of greed and desperation that people find themselves in just because they want money. From giving their young children off for marriage, changing votes during the election, selling votes for temporal rice, swallowing cocaine and also money ritual all for greed but he advises that “no go lose you centre… all because of paper”

After all said and done

Is a powerful outro that was released before its time and is important to listen to and digest even now. This outro urges every Nigerian to do better and be better.

After all said and done, I do not have the right to direct the finger of guilt and or the look of contempt at my guy. For even I can barely see through the spec in my eye. I say this to say that we all have a part to play. Di to o to, a ti shi na, ati gbe gba gi, ati ko li jan gba, su gbon, a was e yo dide, … Ni to ri kpe, after all said and done we are still the most resilient bunch, we can redefine love and remember the meaning of humanity. Then we can restore the sanity. If we remember to react and repeatedly refuse to be content with mediocrity, only then can we be free.

The post 5 Most Underrated Songs on Falz's "Moral Instruction" as He Turns 30 | STREAM appeared first on Most Trusted Voice in Music & Afrobeats from Nigeria & Africa | Notjustok.