Some of our favourite rising acts in Afrobeats music, featuring Gyakie, Blaq Diamond, Loti, and more.

Every month we round up the best new Afrobeats Artists from our Weekly AfroNext discovery email newsletter. You can keep up with our favourite Afrobeats discoveries on the AfroNext playlists on Apple, Spotify, and Audiomack.

It has been a while since a Ghanaian songstress took over mainstream charts in Nigeria. In comes Gyakie, the daughter of legendary Ghanaian highlife musician, Nana Acheampong. Gyakie, who is still a student at the Kwame Nkrumah University, started her music career off listening to beats produced by her Nigerian university mate, Sosa.

Since her official single in 2019, Gyakie has worked with Ghanaian artistes such as Bisa Kdei, and Joojo Addison. In August 2020, she released a five-track EP titled, Seed. On Forever, the lead single from the EP, Gyakie coasts through the ballad smoothly, professing love through an unconventional Afro-pop lens.

The song has risen through charts in Ghana and Nigeria, charting as high as number five on the Nigeria top 100 charts. Gyakie’s talent is undeniable, and we just might be witnessing the coronation of the new queens of Afrobeats. 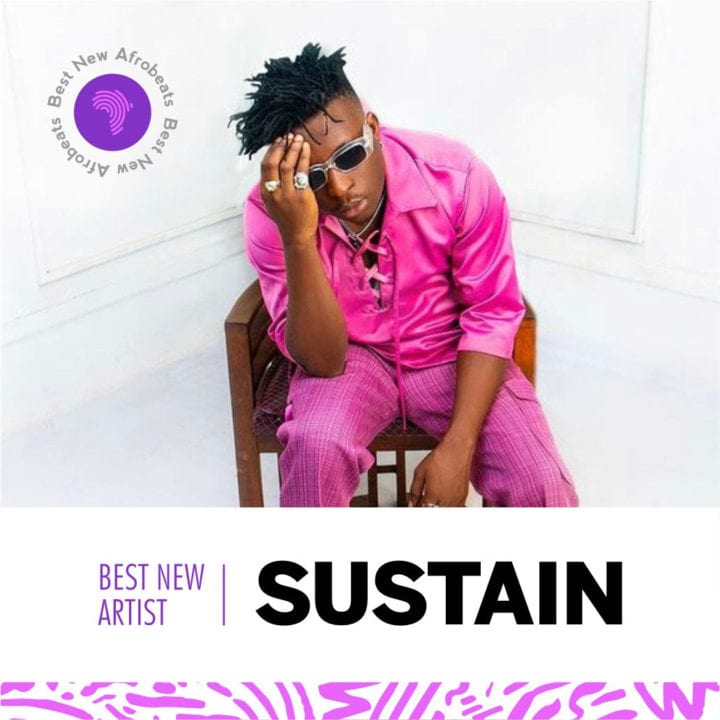 So many artists often get shrouded behind the shadows of Afrobeats new frontrunners either from silly internet comparisons or just inability to find airplay among the ever-expanding cesspool of artists existing in the country.

Sustain is one of those artists. Sustain has courted music since 2017, occasionally dabbling with experimentations of different sorts. In 2021, Sustain released his seven-track EP, Afrosus.

To Love starts off flirting with a falsetto rhythm from ykb, and it is complemented by Sustain’s raspy fuji-induced vocals. The Finito-produced medley is a perfect fusion of a Fuji and contemporary Afrobeats. Sustain proves that he has found his home sonically and harnessing his voice with various melodies is all that is left. 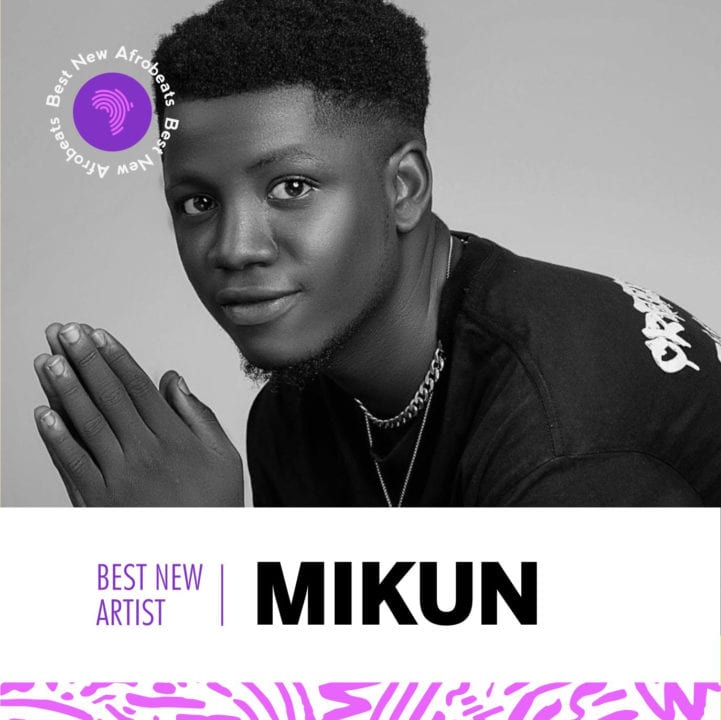 In late November, Mikun dropped his sophomore project, Sapphire. Sapphire is a six-track project which features an eclectic combination of songs, and it is Mikun’s latest since his 2019 release, Philophobia

Throughout Sapphire, Mikun is soft and tender, sitting finely between the bridge of contemporary Afrobeats and RnB. Mikun’s ability to conjure emotions with words and subtle melodies is his strength.

On M.Y.D, Mikun breezes through gently, flexing his vocal dexterity only when necessary, and ensuring the emotion of the song is not lost on you from the jump. Mikun may not have the backing he needs to go continental with his music, but one thing is certain, you are guaranteed a good time whenever you listen to him. 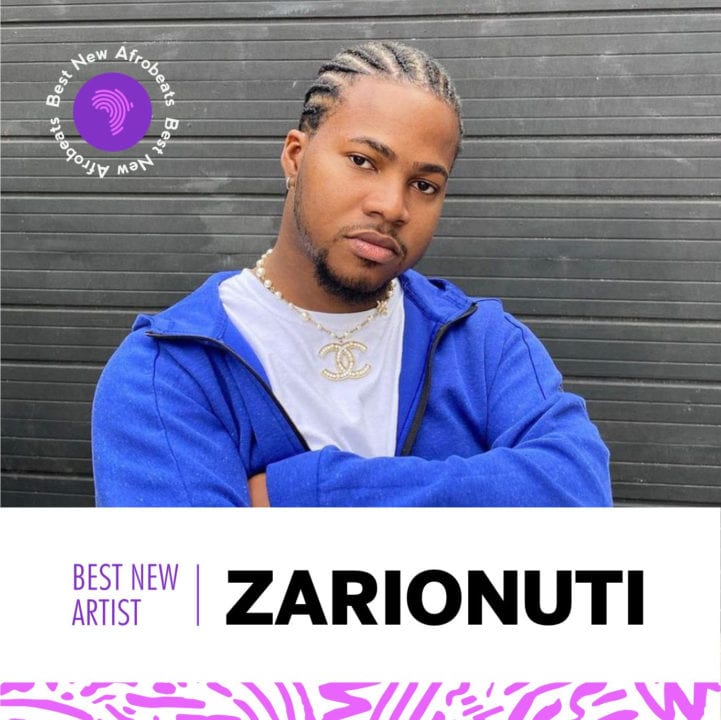 Zarion Uti has been making strides with his music for a whole collaborating with artistes such as Odunsi The Engine, Buju, PsychoYP and featuring as a member of the Empawa incubator.

Zarion’s music combines a texture of new school Afro-pop with streaky vocals. One of Zarion’s many stellar qualities is his ear for instrumentals. Zarion finds beats that complements his vocals easily and easily fit every mood you find yourself in.

After striking out many times and finding himself through time, Zarion Uti is taking charge and is ready for the next level. 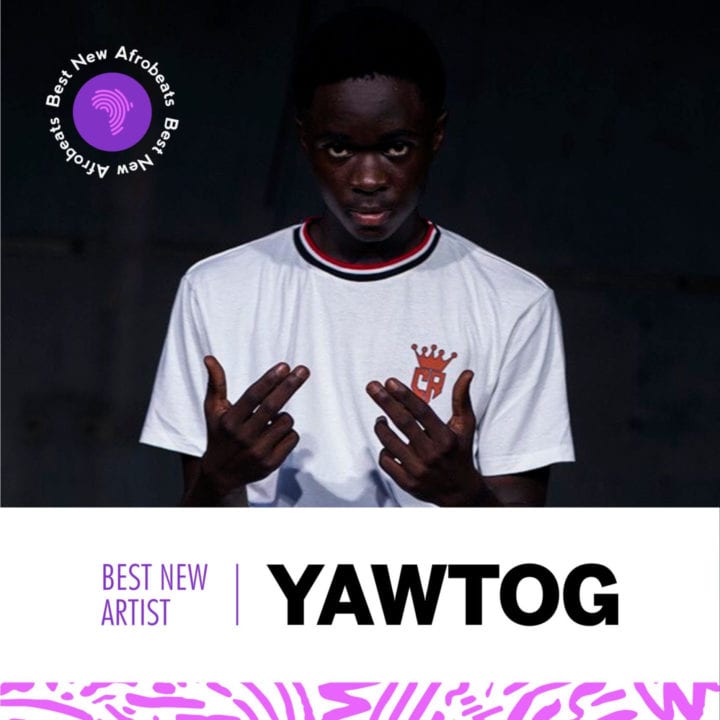 Lately, rap has been a genre of repute in Ghana with artistes such as Sarkodie championing a new wave of rap artistes who now interpolate classic rap with new genres. One of many young artistes of such is Yawtog. A proud member of a new wave called Kumerica –  a fusion of Kumasi and America – Yawtog is making drill music with Ghanaian influences. The music feels true, crude, and packed with emotion.

Sore, his breakout single, has garnered attention locally and internationally, and a remix with Stormzy is due anytime soon. Yawtog’s time in the spotlight is earned, and despite his young age, he possesses the feel of an artist whose longevity is certain.

The song has risen through charts in Ghana and Nigeria, charting as high as number five on the Nigeria top 100 charts. Gyakie’s talent is undeniable and we just might be witnessing the coronation of the new queens of Afrobeats. 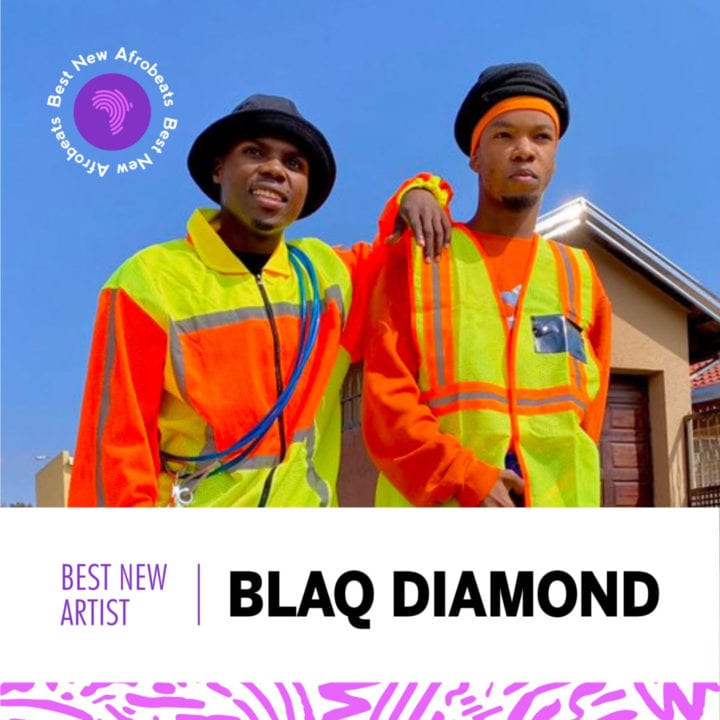 The South African duo of Blaq Diamond have been music for over a decade with the pair meeting in 2010 on a school trip. While the duo have two albums and a couple of awards to their name, it was “Ibahnoyi” off their sophomore album, Umuthi, that launched them into prominence.

Their November 2020 single, Summeryomuthi, a pop riddim with a subtle house undertone has proven to be their biggest record yet. The song charted as high as #3 on South Africa’s Apple music charts. With the acclaim and the quality of music Blaq Diamond has shown they can make, this might be the rise of another group of superstars. 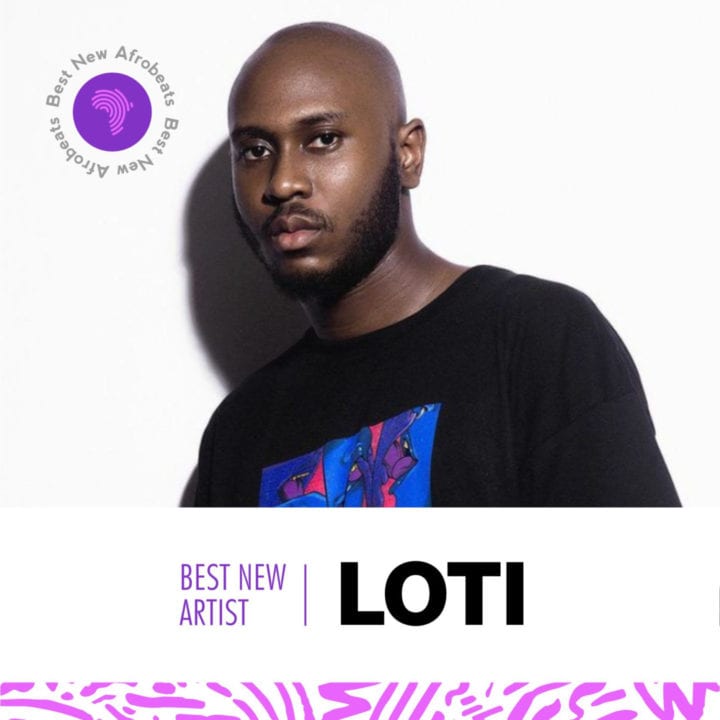 Since his 2018 debut with Work It, Loti has come across as an artist with explosive potential. Although his subsequent releases might not have stuck within the minds of listeners, his 2020 collaborative EP with KD cut through as a monumental evolution in the arc of Loti’s burgeoning career.

Loti has been experimental but now his sonic vision seems clear cut, and with his music merging pop-rhythms and alternative texture, mainstream recognition isn’t far-fetched especially now that the music ecosystem is extremely welcoming to alternate fusions of Afrobeats. 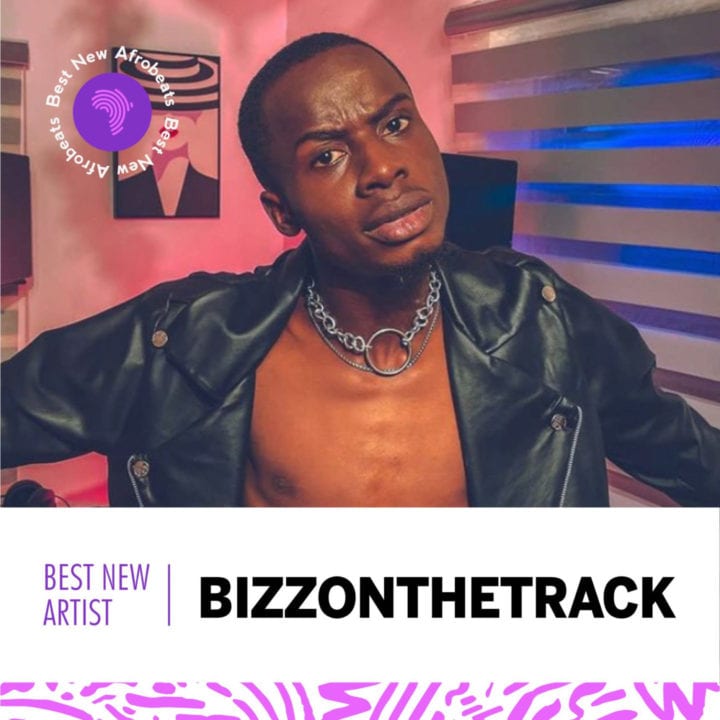 Bizzonthetrack is bootstrapping his dreams against all odds. The artist who doubles as a graphic designer when necessary has amassed quite a following, accruing well over a million cumulative streams across streaming platforms.

If you are looking for music that connects with you, Bizzonthetrack is the artist for you.

The post Best New Afrobeats Artists of the Month (February) appeared first on Most Trusted Voice in Music & Afrobeats from Nigeria & Africa | Notjustok.