Disembodied faces and fingers encircle the surreal vessels created by Canopic Studio, a Los Angeles-based practice helmed by Claire and Curran Wedner. Known for their ceramics that display human anatomy in a repetitious pattern, the husband and wife recently diverged from the black-and-white works previously mentioned on Colossal to create a series entirely in celadon, a jade color with a rich history.

The translucent glaze originated in China and was prominent throughout the country for centuries before being replaced by blue-and-white porcelain. It’s traditionally made with a bit of iron oxide—too little creates a blue color, while too much produces a darker olive or black—and then fired in a reducing kiln at a high temperature.

Curran says he first experimented with the glaze in 2004 as part of a ceramics class and returned to it now after researching cone 10 gas firing and reduction, or the process of decreasing oxygen in the kiln. The resulting pieces shift in color with the light, a trait that dovetails with the studio’s interest in mutable identities and idiosyncrasies that shows up in the shape of their works.

Pieces are created using the same mold to produce similar, but not identical, body parts. When attached in rows on the mug or bowl, the single face or finger becomes one of many, each defined by its slight difference. “I’m interested in identity and how it shifts when we go from being alone to being a part of a crowd,” Curran says. He explains:

I like prodding that space in between, where identity feels almost pliable or molten, then hardens, then shifts again, and so on. When the face I’m using is pulled from a single mold, it has a surreal quality—so identical it’s almost eerie, and all the tiny flaws and differences come forward when they otherwise wouldn’t.

Right now, Canopic Studio is in the process of creating a line of face medallions finished with 22 karat gold. The duo list new pieces bi-monthly on Etsy, and you can keep an eye out for shop updates and see works-in-progress on Instagram. 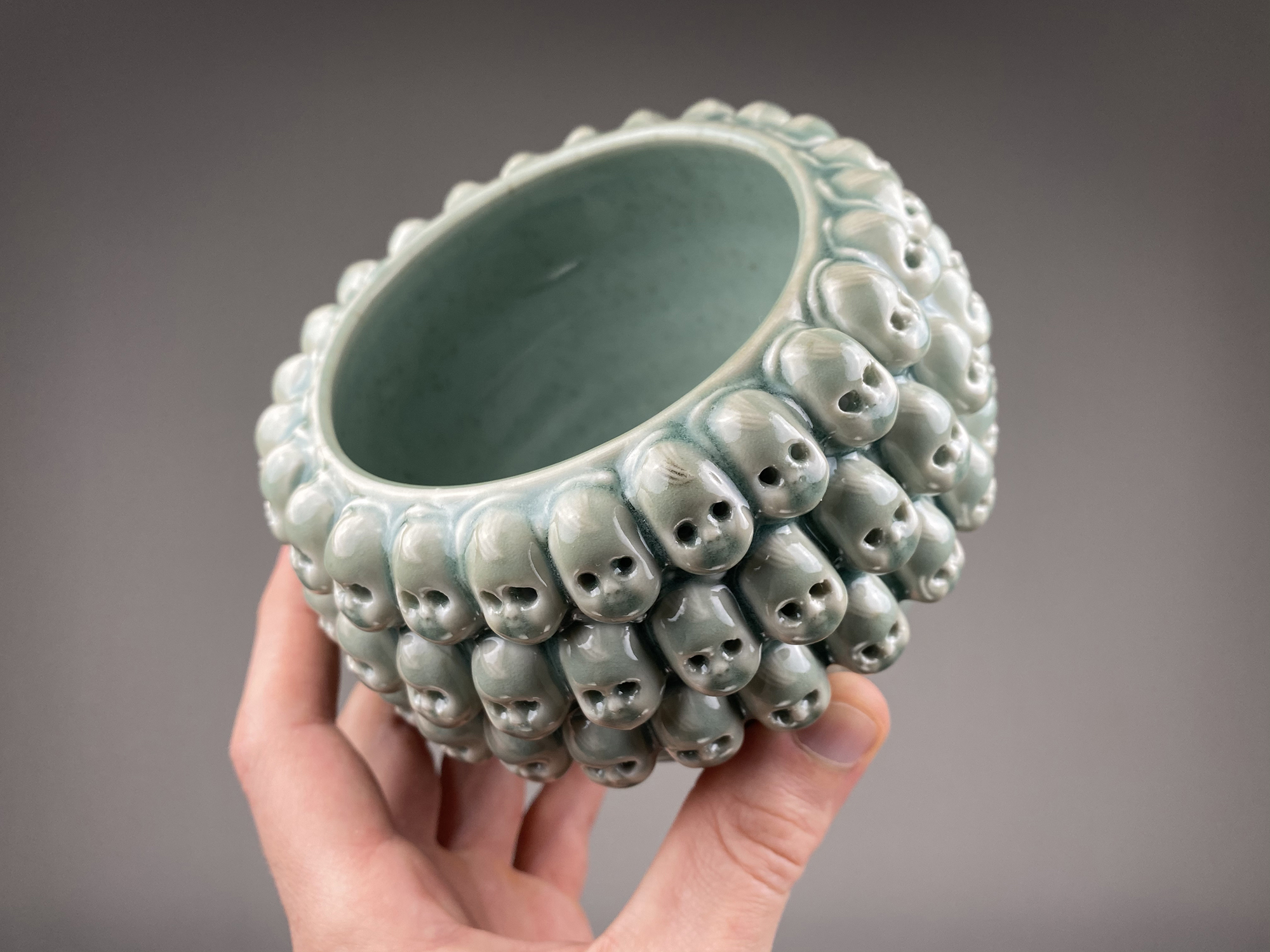