One recent morning in Hong Kong, while in the last hours of his quarantine, the New York–based artist Taro Masushio recounted a visit he made to a vast, little-seen archive of homoerotic photographs by Jun’ichi En’ya, who had worked as a photo-technician in Osaka, Japan. “I had just never seen anything like it,” Masushio said on a video call, as he recalled flipping through hundreds and hundreds of En’ya’s analog prints. “It was this very surreal and visceral experience.”

En’ya distributed his pictures of men clandestinely, and was known as Uncle from Osaka. He had a wife and daughter, and died in 1971, the same year that the first gay men’s magazine became easily accessible in Japan. “When I first got this glimpse of these objects, and this figure behind the objects, I became completely obsessed,” Masushio said. “I wanted to work with this and try to understand what this person’s life was like. The more I looked, the more mysterious things became.”

Uncle from Osaka has been a vital inspiration for Masushio’s current show at Empty Gallery in Hong Kong, “Rumor Has It.” The artist drew meticulous copies of Uncle’s images—tender portraits, graphic sex acts—and then shot photographs of those copies. It’s a process that in some sense parallels the intimacy between En’ya and his models while also underscoring the gap between maker and viewer, the person who presses the shutter button and the one who looks.

The earlier photographer’s life also permeates the exhibition in sly, subtle ways. Against dark backgrounds, Masushio has snapped exquisite, close-up photographs of morning glory plants. They lead a kind of double life, flowering during the day and closing at night; he chose to catch them in the latter state.

The morning glory is popular in Japan, where it is known as asagao and is often given to schoolchildren to raise with their families. Masushio, who was born in that country, grew his flowers in his workspace in Manhattan’s Tribeca neighborhood. “It felt very special to have something in the studio during this time, in which, you know, there’s just so much sadness,” he said. (Friends were caring for them while he visited Hong Kong to install his exhibition, which runs through February 20.) 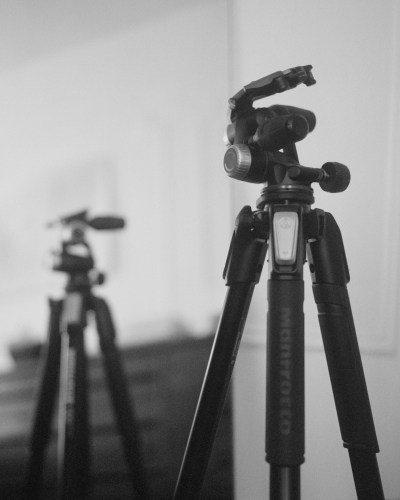 Other photographs at Empty Gallery take the form of enigmatic still lifes, crisply rendered: two boxes of matches, a glass of water, a bottle of beer. These are objects that await human touch—to spark a flame or take a sip—but they are always shown alone, as if someone has just stepped out of the frame.

Another picture presents two tripods without cameras, a blurry one in the distance perhaps a mirrored reflection of the one in the foreground.

Masushio was warm and candid when discussing his art, but admitted he was hesitant to reveal too much about his exact intentions for each image. “If I just describe things,” he said, then the artwork “becomes this arithmetic kind of equation. It needs to maintain its own mystery and amorphousness and its own spirit and life.”

When asked what he wanted people to take from the show, though, he answered immediately. “I think I want people to think about absence,” he said.

Thu Dec 31 , 2020
2020 was a tough year but it had nothing on the Nigerian music industry as our artists kept delivering hit songs back to back to entertain us. We had breakout acts like we’ve never seen before, and a barrage of quality albums as well, and then there were several hit […]