Onogawa tells Colossal that he began crafting the tiny birds following the 2011 Great East Japan Earthquake that devastated parts of southern Hokkaido and Tohoku, which the artist visited the next year. As he walked around the city of Rikuzen Takata, he spotted 1,000 paper cranes at the site of a school demolished by the tsunami. “I found myself in terror of how powerless we humans are in the face of nature’s wonder; yet at the same time, I felt empowered by the power of life, vitality, that shined so brightly in the aftermath of its wrath,” Onogawa says. He explains further:

It was like witnessing the result of a desolate ritual where people channeled their unsettled feelings into these cranes. And here they exist, spirited with prayers that they would go back and forward to and from a world beyond here. I struggle to find the words to describe it, but I think that maybe the cranes that I fold now come from that place of solemn prayer.

Onogawa’s cranes are on view at the Setouchi City Museum of Art alongside Motoi Yamamoto’s sprawling salt installation through May 5. Browse available artworks on Picaresque, and explore a larger collection of his pieces on Instagram. (via designboom) 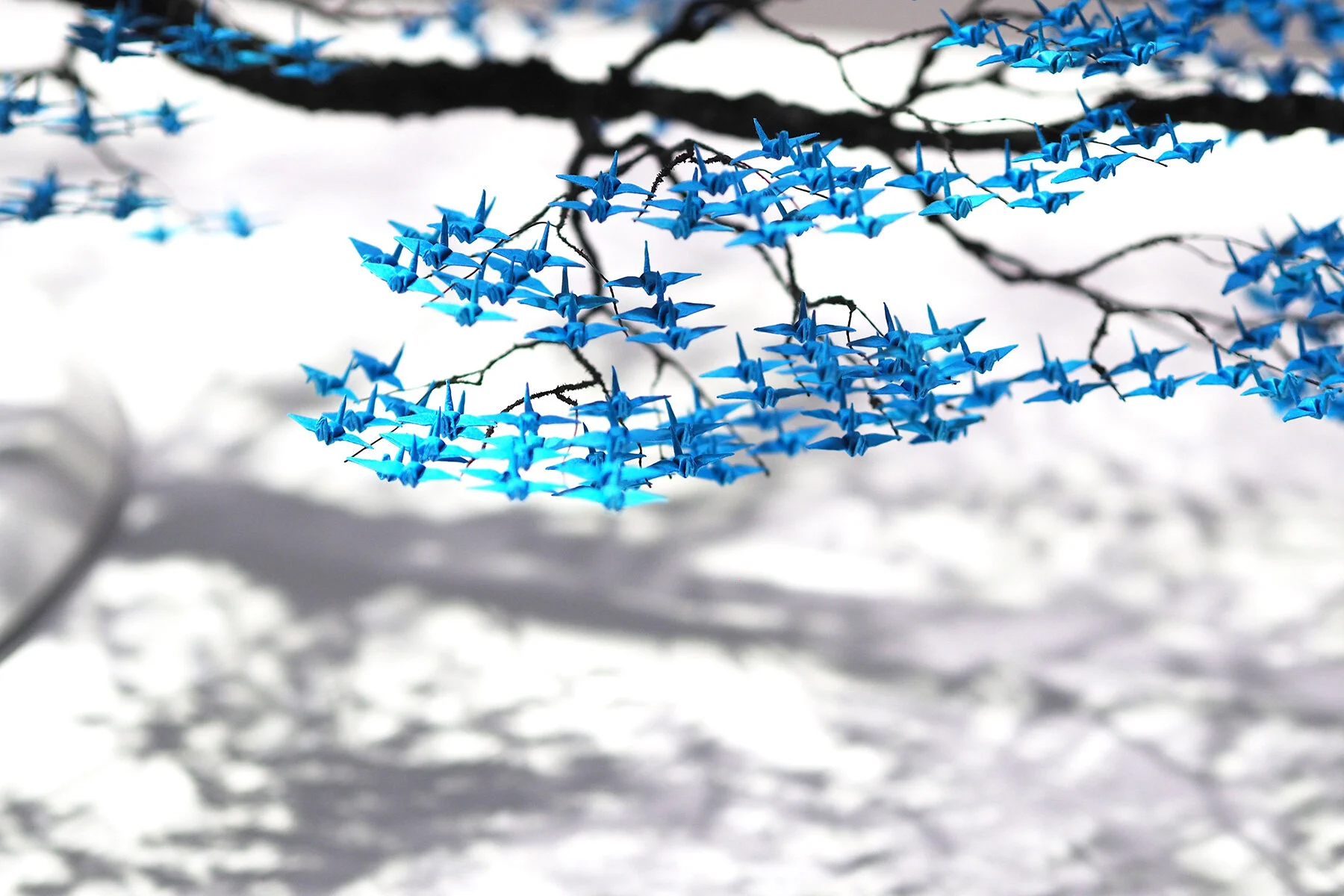