All images courtesy of Annan Affotey and Danny First, shared with permission

Annan Affotey has an affinity for bold, bright colors that set his subjects apart from the negative space framing their figures. Through gestural strokes that sweep across the canvas, the Ghanaian artist renders intimate portraits of his friends, family members, and the occasional public figure who, through distinctly red eyes, look directly at the viewer, a decision that’s both aesthetic and cultural.

“When I moved to the U.S. from Ghana, I was often questioned why my eyes were red and whether it meant I hadn’t slept or was doing drugs, neither of which was true. And it became a symbol for misinterpreted identities,” he says. That experience was complicated further by cultural expectations, which Affotey explains to Colossal:

I want the subject to have a direct conversation with the viewer, something I couldn’t do myself a few years ago. I am a shy person and when I first moved to the United States I would often look down when talking with people. In Ghana, looking down indicates shyness or respect. After being in the U.S. for a while, I finally came out of my shell and became more accustomed to looking people directly in the eye.

Currently living and working in Oxford, the artist prefers to surround his subjects with impasto strokes because of the liveliness they generate beyond the figures’ expressions. “I use textures in my paintings for several reasons. One reason is to portray energy or emotion centered around my subject,” he says. “I (also) use many textures so that people who can’t see will still have the opportunity to feel the canvas, brush strokes and feel a story from that.”

If you’re in London, you can see a collection of Affotey’s vibrant paintings at Ronchini Gallery through June 18. Otherwise, follow him on Instagram to keep up with his latest works. 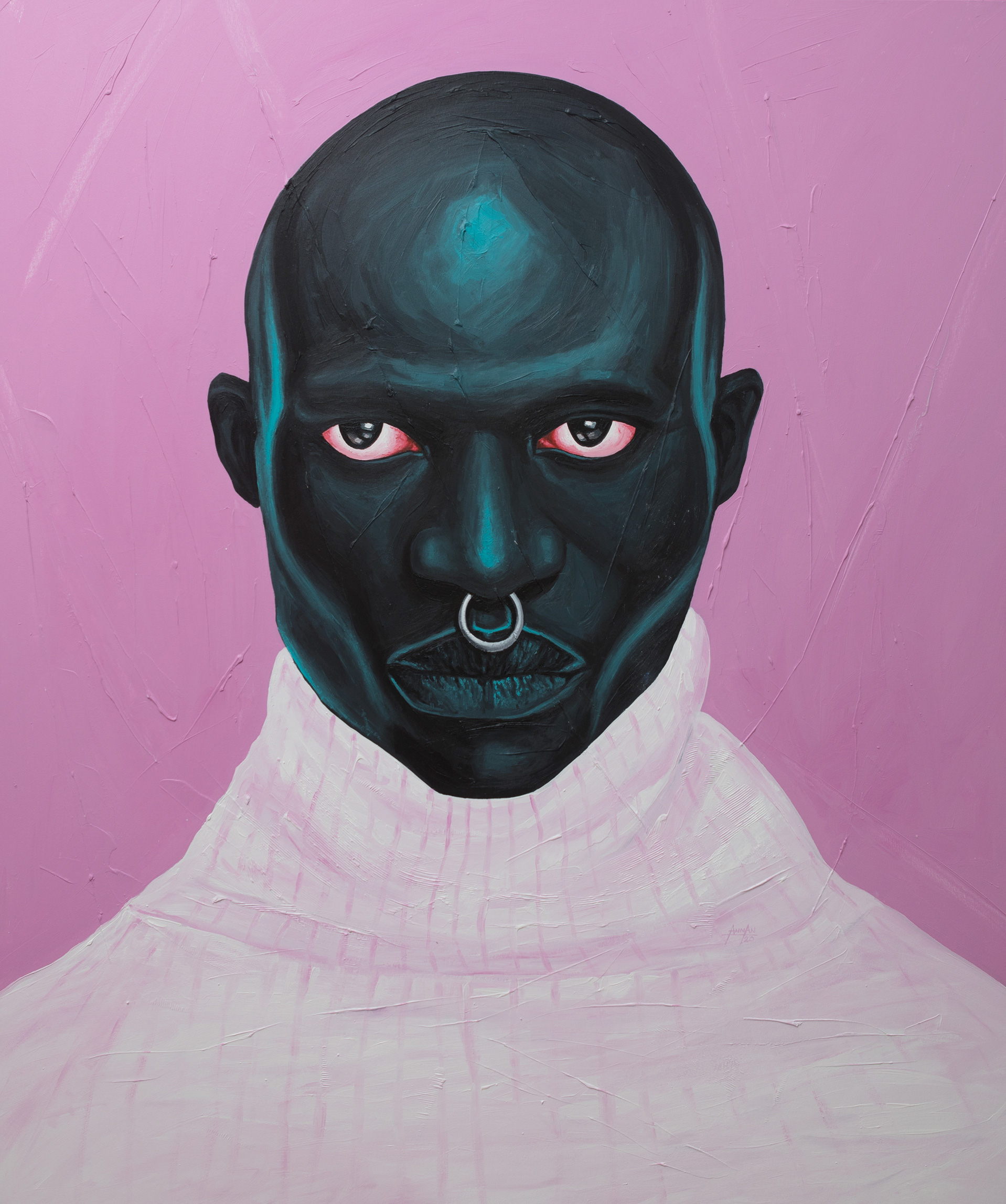 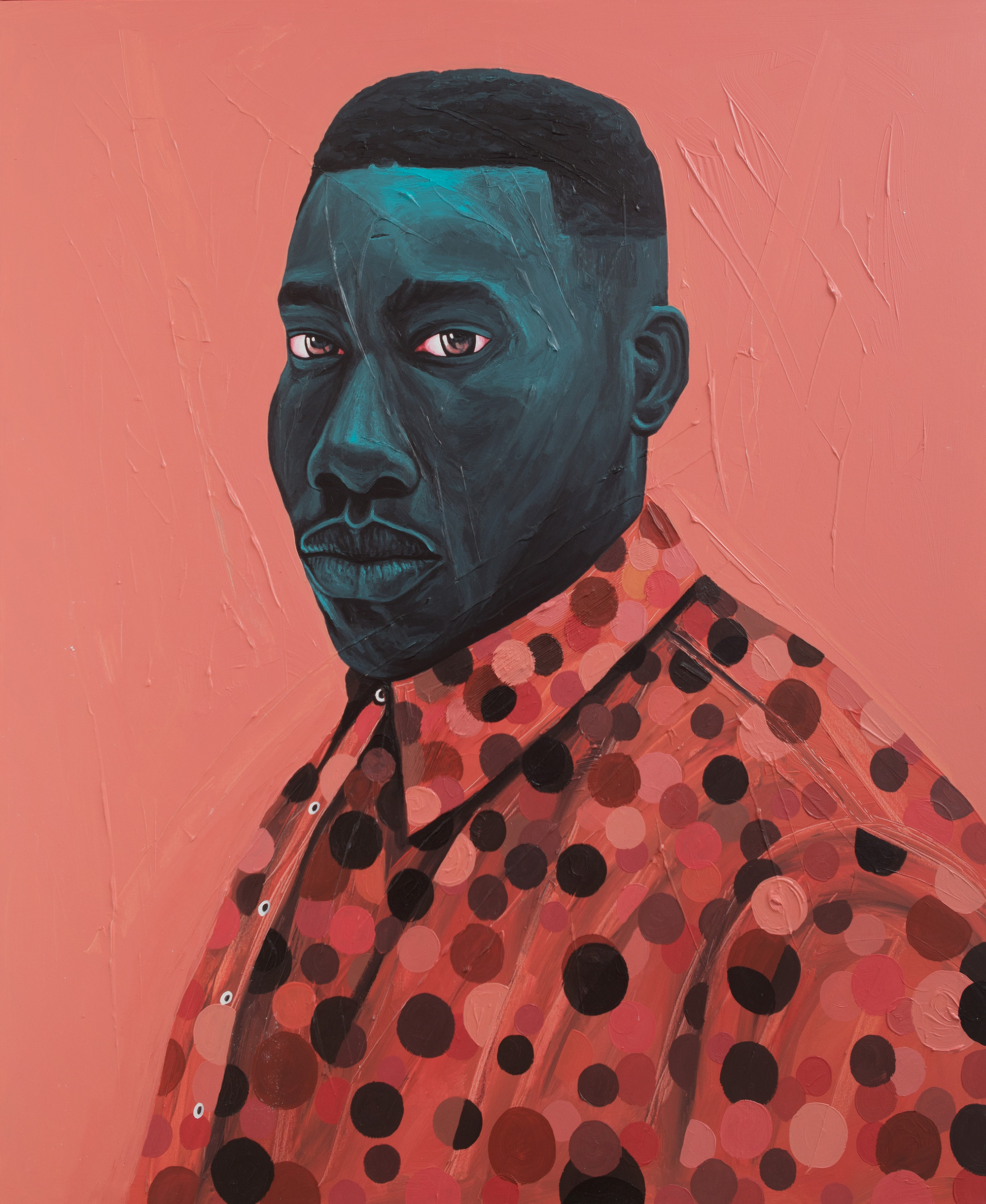 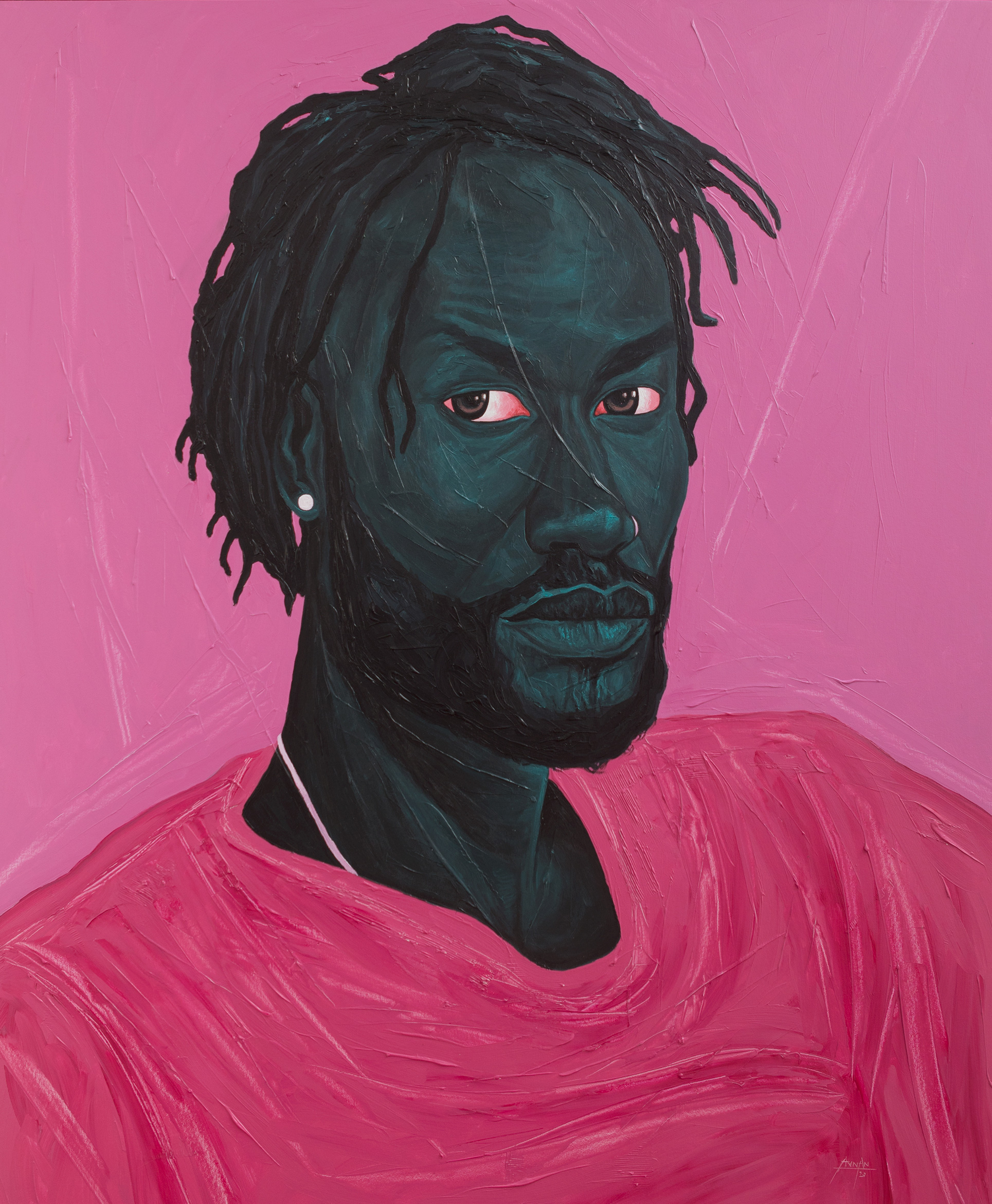