In 1981, after 15 years playing with the Minnesota Vikings and the Chicago Bears, Alan Page left his career as a professional athlete to become a lawyer. This was a rare move for a Hall of Fame football player, but after finally coming to terms with a years-long inner conflict over sport and law, as Page recently told ARTnews, “it was time for me to move on.” Since then, he has risen to the highest levels of the legal world. In 1993, he was appointed as a justice of the Minnesota Supreme Court, the first Black person to obtain the position.

Now an accomplished philanthropist at age 75, Page is reflecting on another commitment that has lasted nearly a lifetime: art collecting. In the early 1970s, with his wife Diane Page, who died in 2018, he began buying art. They started small, first buying works on paper by artists like Andy Warhol and Jean-Michel Basquiat. Then around the late 1980s, they changed their focus and began purchasing works by contemporary Black artists and artifacts of African American history, spanning from slavery to the Jim Crow era. “The one way we could ensure that it’s never forgotten is to make sure the vestiges of that past remain visible,” Page said of their collecting practice.

Raised in Canton, Ohio, as the youngest of four children, Page played football at a Catholic high school. At the time, he was one of the few students of color. In 1963, he began college at the University of Notre Dame in Indiana, playing for the school’s storied football program. At one point, he was the only Black player on the varsity squad and one of around 30 students of color on the college’s all-male campus. “There weren’t many other people there who looked like me, but that wasn’t particularly new to me,” Page said of his time at Notre Dame. “That was just my reality.”

He was drafted to the Minnesota Vikings in 1967, selected as the 1971 NFL MVP, a distinction given to one elite player annually, and later inducted into the Pro Football Hall of Fame, cementing his status as one of the most decorated athletes in American history. Then, in 1975, while still playing for the Vikings, he enrolled in law school.

When he was growing up, Page knew that there were few options for a Black child in a country where racism and state-sponsored segregation ran rampant. “The expectation was that I might be able to find a job in a steel mill. I knew that was not something I wanted to do,” Page said, adding that living through the 1954 decision in Brown v. Board of Education, the Vietnam War, and the civil rights movement only pushed him further toward the legal field. “The greater issues were the things going on outside of football.”

After graduating from the University of Minnesota Law School in 1978, he began working as an attorney at Minneapolis law firm Lindquist and Vennum, and was later appointed as Minnesota’s assistant attorney general. By 1993, he was sworn into the state’s Supreme Court. He remained there until 2015, retiring at age 70. 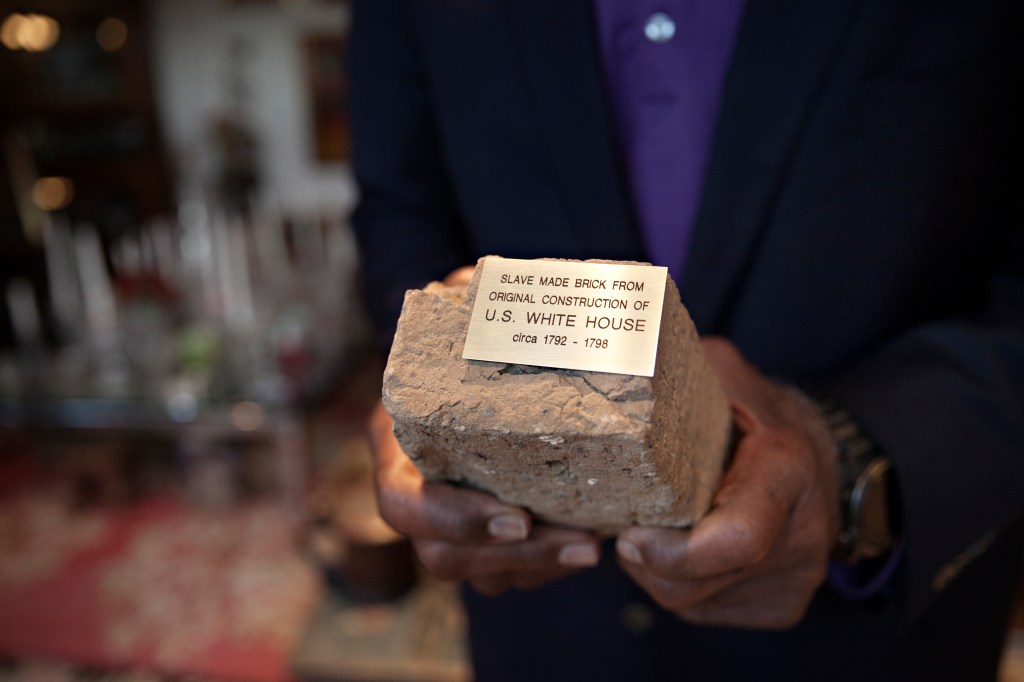 Art of the Times

When the Pages got married in 1973, they began to fill the walls of their new Minneapolis home with art. Page said that Diane was the driving force behind the early collection. They began by acquiring prints and lithographs by Warhol, Helen Frankenthaler, and Jim Dine, as well as two Basquiats. “They bought what they responded to—works that were provocative and interesting,” said Page’s daughter Georgi, who serves as the collection’s director.

Eventually they would go on to acquire works by Black American artists such as Romare Bearden, Clementine Hunter, Rozzell Sykes, Carrie Mae Weems, and Charles White. Alongside these well-known artists, they bought work by little-known ones involved with the Works Progress Administration, a New Deal–era program that supported artists throughout the country.

Two Basquiat drawings in the collection hold a particular resonance with Page: Athlete (1981) and Starvation (1981), both of them acquired at the end of his football career. These works appeal to Page because they remind him of the physical and mental toll of his athletic career. “Beyond food insecurity there is starvation of the spirit, starvation of the soul,” Page said. “Those are the concepts that spoke to us.” Now, Page, who embodies the grit and regality often associated with Basquiat’s protagonists, is preparing to part with both works. Together, they are expected to sell for more than $450,000 at a New York auction at Phillips in June. 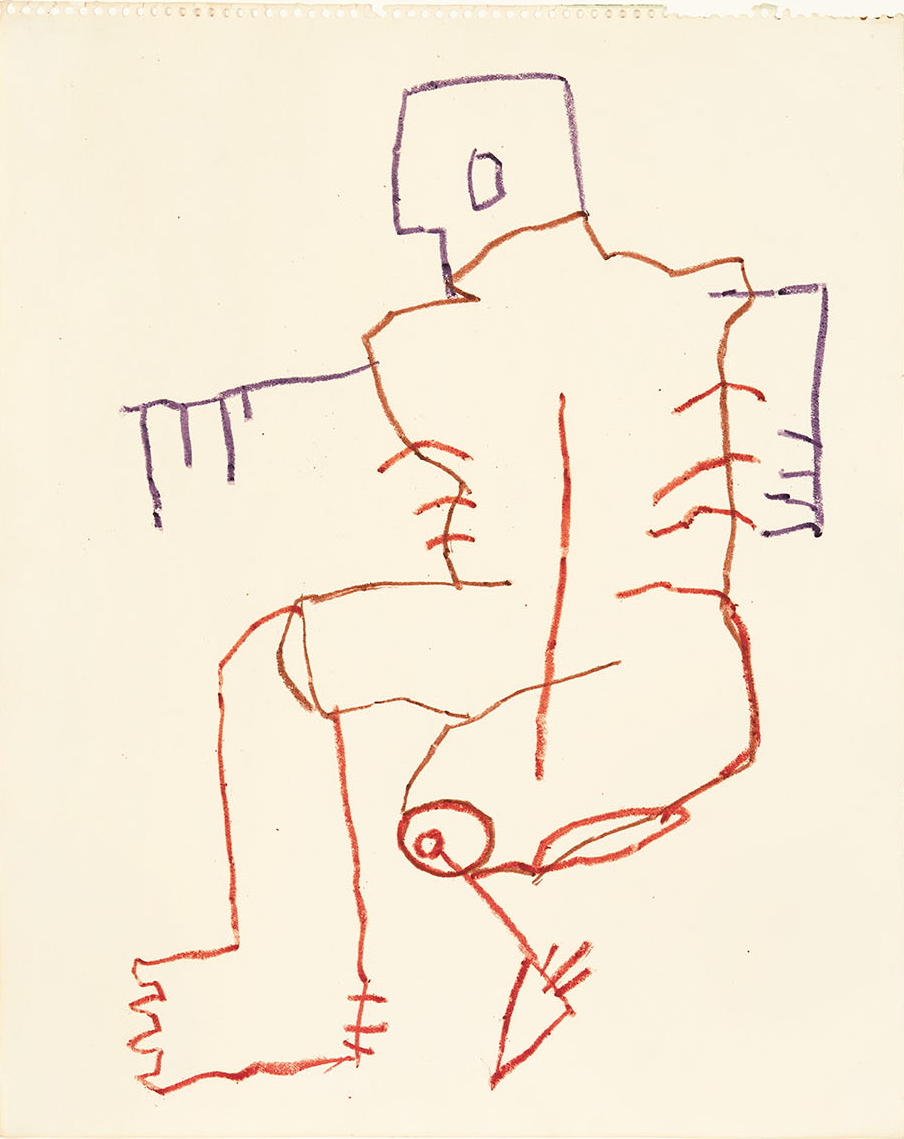 In the mid-to-late 1980s the Pages began to shift their focus to African American artifacts, which now make up a vast portion of the 3,000-item collection. Among the central items is a slave-made brick dating from the 1790s used in constructing the White House. “It’s an object that connects directly to the beginning of our country and the ugly side of that beginning,” said Page.

It wasn’t until the acquisition of an 1864 Lincoln-era funeral banner mourning the president’s death that the couple’s focus on historical artifacts intensified. “It really marked this new era of the collection,” said Georgi. “I think it gave them a really clear sense of mission and purpose.” On one side, the banner reads, “Uncle Abe we shall not forget you”; on the other, it says, “Our country shall be one country.” Of the banner’s posterior message, Page said, “That is the hope and the promise that remains unfulfilled.”

During his time as a justice, Page kept some of the Americana objects in his court chambers. He did so, he said, “to make sure I was reminded about what injustice looks like.” These objects—instruments of racism and white supremacy ranging from slave collars and branding tools to Jim-Crow–era segregation signage—also line the walls of the family’s home, though Page said they are not difficult to live with. Among these objects are bus station and restaurants signs reading ‘Colored,’ as well as another made for a public pool that reads ‘Only On Thursday,’ indicating Black Americans were permitted to swim only on the day before the pool was cleaned at the end of the week. 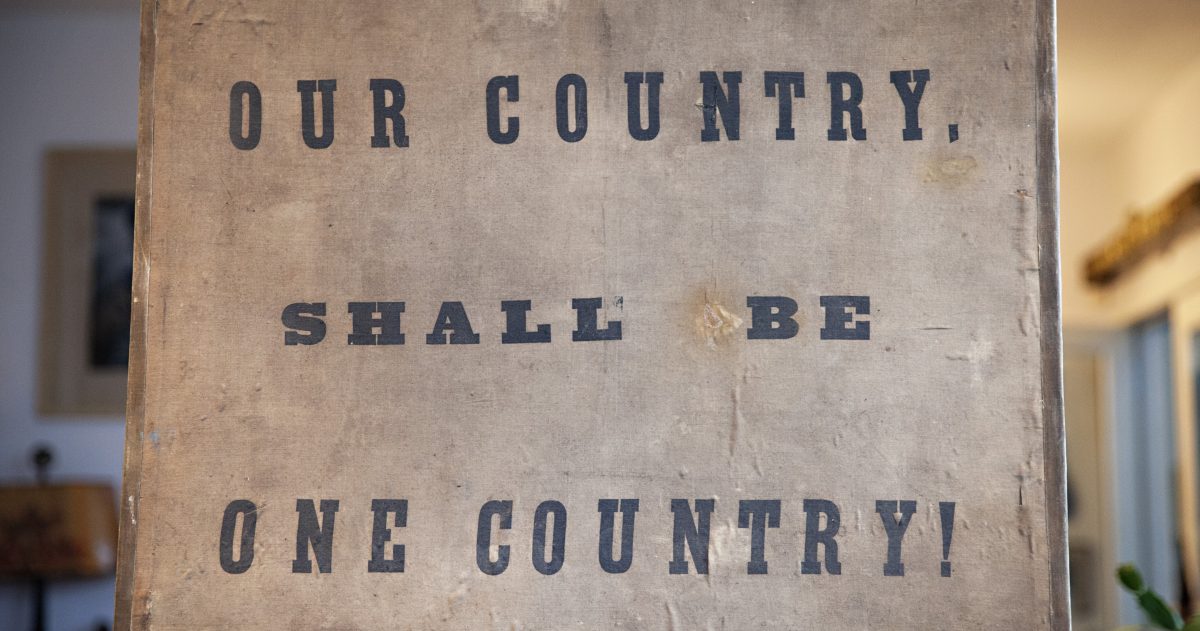 There are other objects too jarring, though, that Page keeps out of sight. One is a white Ku Klux Klan robe that the couple acquired at an antique fair in Minnesota and keep in storage. “My immediate reaction was, we have to have it.”

Many of the objects in the Page collection are rare, said Kenneth Cohen, a scholar at the National Museum of American History in Washington, D.C. In 2018, Cohen assessed the collection in person for research purposes. What makes the Page collection stand out, said Cohen, is that many of the objects have documented provenances linking them to a certain time and place—and, in some cases even to certain individuals. “It really anchors the collection in human experience specifically, rather than generically,” Cohen said.

In 2018, nearly two months after the death of his wife, the Trump administration gave Page the Presidential Medal of Freedom. Placing personal and political beliefs aside, Page said that by accepting the award in person he intended to recognize generations of Black Americans that preceded him, going back to the anonymous individual who laid the White House brick that he now owns.

Then as now, visibility remains key to Page’s mission of righting the wrongs of the past. While the Americana collection has only been displayed once publicly, at a Minneapolis library in 2017, the Pages’ aim is to bring the collection—and the history it conveys—to a broader audience. “There are a lot more stories to be teased out of these objects,” Georgi said.